With a campus of 110,000 square metres, approximately 1000 students, 150 teaching staff and numerous facilities – ranging from an indoor swimming pool to a small school zoo – BG/BORG HIB Liebenau is definitely one of the larger schools in southern Austria. More than 100 students live on campus in the two buildings that comprise the boarding school.
While the academic focus at our school rests primarily on language teaching and physical education, also natural sciences and the fine arts are not neglected – and the school choir is known far and wide, having received uncountable national and international prizes and awards; among others several gold medals at World Choir Games. 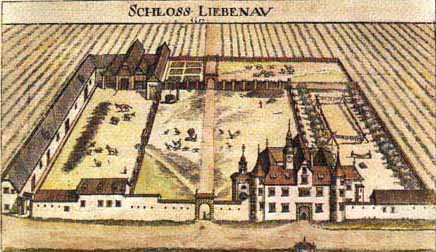 The Castle Liebenau dates back to the late Middle Ages, but it was only in 1854 that an Imperial Cadet School was founded here in the South of Graz, Austria’s second biggest city.
After the end of the monarchy, Liebenau, like other cadet schools, was transformed into federal boarding school (BEA/Bundeserziehungsanstalt) by the famous school reformer Otto Glöckel. One of central ideas was to also grant poorer students access to high-quality education.
In the 1930s and 40s, BEA Liebenau was transformed into a military school until the old boarding school was reopened in 1947 and later renamed. Since then, our school has been known as HIB, Höhere Internatsschule des Bundes, i.e. federal boarding school for higher education.
Recent years have seen the construction of many new facilities, the cooperation with several sports academies (football, handball and volleyball, golf) as well as the expansion of international school partnerships and exchange programmes with Moscow, Paris, Saint Petersburg and Beijing among others.

To get an impression of the school campus, you may want to have a look at the current promotional video of our athletics branch: https://www.youtube.com/watch?v=gDO4iTbj94c

For more information on the school please feel free to contact us. 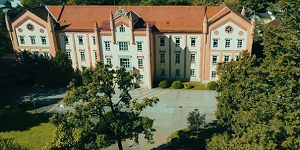 This website is powered by Joomla! The Joomla! name is used under a limited license from Open Source Matters in the United States and other countries.

We are not responsible for the content of sites our links refer to.